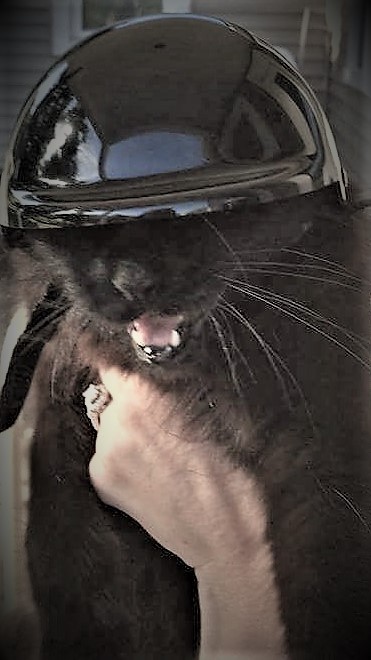 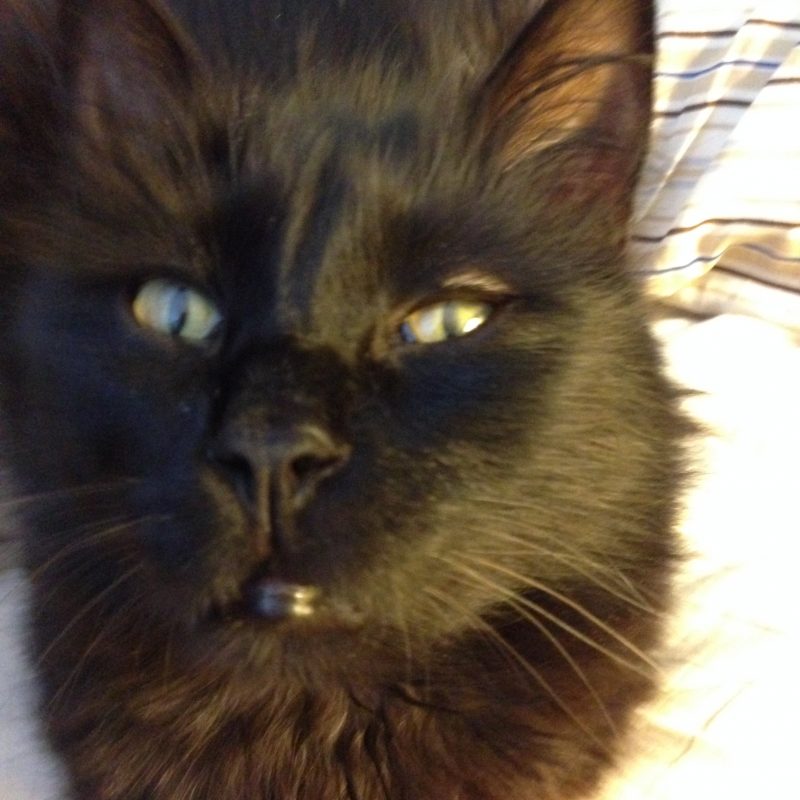 Bifford was born in Chicago, Illinois after his mother was rescued off the streets by a compassionate and patient animal shelter volunteer. Being one of four kittens he was categorized by animal shelter volunteers as “the worst” out of the litter in regards to his cerebellar hypoplasia. When Bifford was a mere 10 days old his mother rejected him thus withholding care and nutrition he so desperately needed when a devoted foster mother assumed responsibility for his around the clock care. When Bifford was transported to Youngstown, Ohio by a local cat shelter a note was enclosed with him:

“Born October 09, 2011, mother rejected at 10 days old. Tipsy [my brother] and I are the largest of the four kittens in our litter and most affected with CH. He will use a litter box 99% o f the time, will cry beside the litter box if he cannot get in or is having trouble. Sometimes falls/flips right out of the litter box and also sometimes lays on side to go [to the bathroom] and I will help hold him up until he finishes. Sometimes will take a nose dive in litter and will need cleaned off/bathed. Sometimes he will accidentally step in his own mess because he is unable to bury his potty. Will eat some from plate but will eat best when fed canned food by hand while holding him up under his belly with my other hand. Will cry for a bedtime bottle around 9-10 PM and gets canned food 3x/day.”

Bifford was initially adopted in Fall 2012 but was returned after his family moved and could no longer take him with them. Upon being returned back to the shelter he was then adopted in Spring 2013 by a family who vowed to care for him but unfortunately bungled his care. When being returned (again) to the shelter in May 2014, Bifford’s former family admitted that they were unable to effectively care for Bifford and felt that he was “suffering” and wanted him to “die with dignity” to which they would contain him in an empty hot tub with the cover on it in order to “contain the mess”. Bifford was terrified and underweight but otherwise unscathed, though shelter life was no life for him. Living in such close proximity to other cats in a cage free shelter proved the theory of “survival of the fittest” in which Bifford was not as fast as the other cats and was often the subject of many bullies.

I agreed to foster Bifford on Mother’s Day, 2014 in which the situation was only to be “temporary” in order to spring him from the shelter and hopefully nurture him physically and emotionally. The first few nights were proving to be exhausting ones for both Bifford and myself — roaming the house and crying all hours of the night I can only speculate he was terrified being in a strange, new environment (again) and even more terrified that he was going to fall in love with a new family and ultimately get returned back to the shelter. Couple this with the fact that at that time I had no idea how to properly care for a “CH” cat (nor did I know much about them) I feared that I would not be able to arise to the labor of love that was Bifford.

Years have passed since those first few days and I still joke with Bifford that he is a “foster” though I can say without reservation that he is a “foster fail” because he took over my heart in so many ways. Come October 09, 2018 Bifford will be turning 10 years old to which he has a happy, healthy and spoiled lifestyle (what cat do you know that has their own bedroom and TV?!) and ultimately planted the seed of special needs animals advocacy and education due to all of the misconceptions and ill-information circulating about special needs animals.